Ten Best Books to Read this Vacation for Grade 11 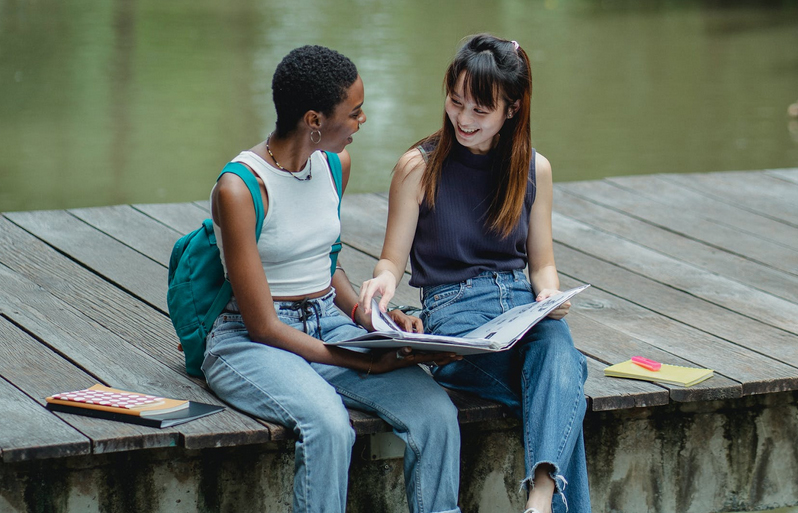 The benefits of reading as a teen are plenty. There is no dearth of research that shows the connection between active reading and higher grades. But of course, reading helps you even outside of the confines of your classroom. Exposing yourself to the world of books helps you see the world from multiple perspectives, widens the horizons of your mind and improves your vocabulary considerably.

Well, what about life after High School? Reading’s got that covered too. The more you read, the more your reading, writing and comprehension skills get developed, thus preparing you for any competitive exam you need to take – the SAT, ACT, GMAT – you name it.

This Summer, whether you’re reading for a hobby or to build your skills, we’re here to support you. Having vast experience of the IB syllabus and popular reads, here is our recommended list of top 10 books. If you’re game to read more, we’ve got a longer list for you at the end of this article – they even have PDF links!

We hope you can read, enjoy and benefit from many of these brilliant works over the summer. Here is Our Top 10 Reading list, with reviews from acclaimed critics:

By focusing on the logistics of cataloging the bodies, Han lulls us into the horror, and before we know it, we are there, inside the gymnasium, awe-struck by the amount of pain humans can inflict on one another and, in the obverse, the dignity with which the volunteers wash and care for the dead. In essence, we witness the impossibly large spectrum of humanity, and wonder how it is that one end could be so different from the other.

Fiercely political and bleak, yet witty and wise, the novel won the inaugural Arthur C Clarke award in 1987, but Atwood has always maintained that the novel is not classifiable science fiction. Nothing practised in the Republic of Gilead is genuinely futuristic. She is right, and this novel seems ever more vital in the present day, where women in many parts of the world live similar lives, dictated by biological determinism and misogyny.

– Charlotte Newman’s review of the novel on its 25th Anniversary; The Guardian, September 26, 2016

“Gatsby’s magic emanates not only from its powerhouse poetic style — in which ordinary American language becomes unearthly — but from the authority with which it nails who we want to be as Americans. Not who we are; who we want to be. It’s that wanting that runs through every page of Gatsby, making it our Greatest American Novel. But it’s also our easiest Great American Novel to underrate: too short; too tempting to misread as just a love story gone wrong; too mired in the Roaring Twenties and all that jazz.”

– Maureen Corrigan, in his book, ‘So We Read On: How The Great Gatsby Came to Be and Why it Endures’

5. One Day in the Life of Ivan Denisovich – Aleksandr Solzhenitsyn

“the novel was a literary as well as a political bombshell; it received an enthusiastic reception on the part of liberal writers, a cautious one from the fence sitters, and it infuriated the die-hards.”

“The writer’s undemanding and honest writing not only makes it easy to relate, but seems like a heart-to-heart conversation. Good writing makes you empathize with the  characters, but great writing helps you decode the unsaid.”

“Not until the work of Flaubert did prose lose the stigma of aesthetic inferiority. Ever since Madame Bovary, the art of the novel has been considered equal to the art of poetry.”

– Milan Kundera in the preface of his novel, The Joke

“What makes it (the play) ingenious is the playwright’s ability to raise such complex issues within a thriller that is full of action and nearly devoid of preaching.”

– Frank Rich in his review in The New York Times

“This was in equal parts outrageous, disturbing, subversive, witty — and yet somehow comforting,”

“…Sometimes funny and sometimes sad but always sincere and revealing.”

– Andrew Arnold of TIME, which included Persepolis in its ‘Best novels of 2003’ list.

We’ve designed a printable version of our Top 10 reading list to help you track your progress and reflect on the book(s) as you read. You can download it using the button below. We also have a complete IB Reading list with links to the books! Feel free to print and share with your friends too.